Cheongsam is the quintessence of China and the “standard” of classical beauty. It is recognized as the most beautiful art of oriental clothing. The silk fabric without thickness is soft and smooth, and the color is broad. It expresses the introverted and reserved beauty of oriental women incisively and vividly.

Cheongsam has four major factions, Shanghai Faction, Beijing Faction, Suzhou Faction, and Cantonese Faction. These factions are not divided by region, but by different styles of beauty. For example, the literary style of literati is both graceful and bold.

The production skill of the cheongsam is one of the creams of China’s traditional dress and crafts technology, and China occupies a very important position in the history of Chinese clothing technology. Its unique design idea and exquisite production technology create a smart and beautiful Shanghai Faction cheongsam. 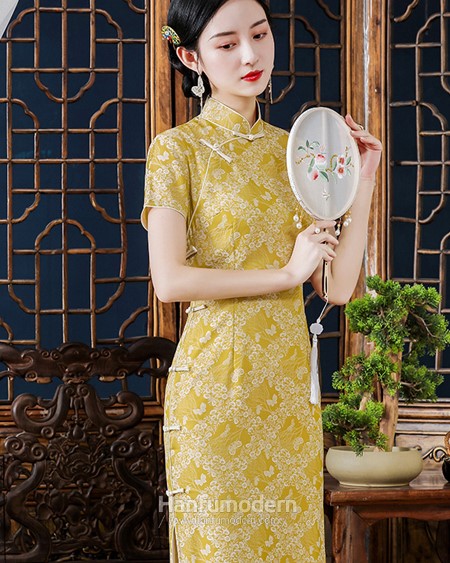 Behind the seemingly simple lines of Beijing Faction cheongsam, there is a complex manufacturing process. It is especially precious because of its unique manufacturing technology. It is not only a dress but also a kind of culture and a kind of heritage.

Delicacy, beauty, and elegance constitute the three impressions of Suzhou Faction cheongsam. The cheongsam of the Suzhou Faction is exquisite and exquisite. Its neckline, skirt, and cuffs are inlaid with embroidered patterns, and the body is also embroidered with exquisite groups, which mainly reflects the cultural characteristics of the water town in the south of the Yangtze River. 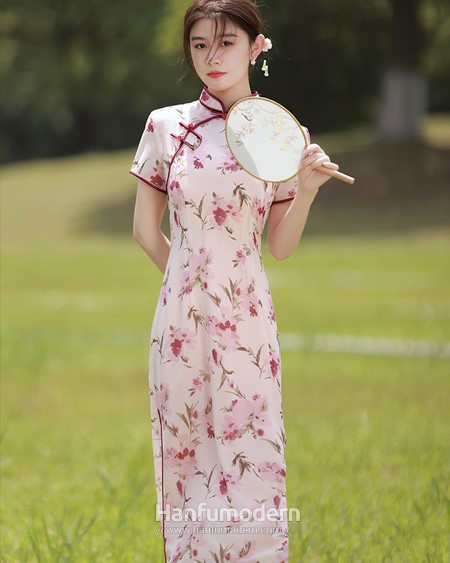 Cantonese Faction cheongsam is popular in the coastal areas of southern China and is deeply influenced by western culture.

Because the cheongsam of Guangdong Faction is similar to the long shirt of men’s clothing, it is also called “long shirt”. Later, cheongsam long shirts became the common dress of women. They would wear cheongsam to buy vegetables, cook, do housework, and take long shirts as daily clothes for work.

Cheongsam is noble in laziness. At the same time, it has an innate coldness and beauty, pouring out its lonely and arrogant temperament. Women in cheongsam are elegant and refined, with noble and proud temperaments and a calm demeanor.